In honor of National Arts and Humanities Month, a “coast-to-coast collective recognition of the importance of culture in America,” we’re sharing insights gleaned from Liz Ogbu, a designer, urbanist, and social innovator who infuses arts and culture into sustainable design and spatial innovation in challenged urban environments. Ms. Ogbu joined the SPARCC sites at their first in-person Learning Convening, and Laura Choi, with the Federal Reserve Bank of San Francisco, sat down with her for a brief interview. 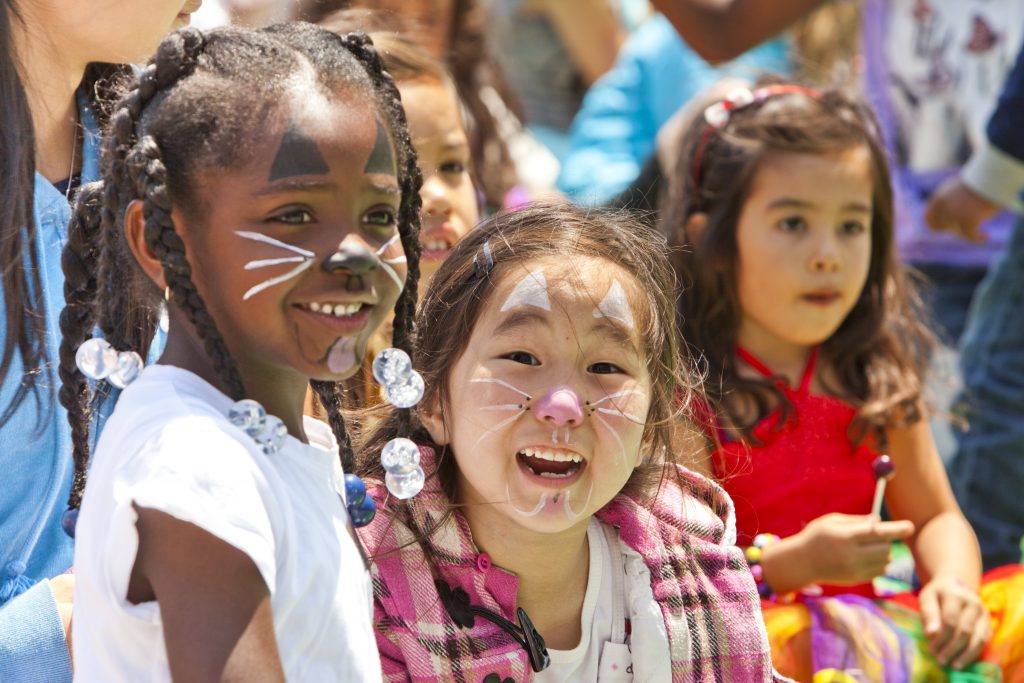 [Choi] How do you see the role of human centered design as it relates to community development?

[Ogbu] The idea is about looking at human needs and desires as the generator of whatever it is that you’re coming up with, from defining the problem to the scope of what you need to change. Those [needs and desires] are very salient to community design and community process. We’ve seen where things go when it’s a top down process, ostensibly done for the betterment of people, but never actually consulting the people that are affected by it, such as urban renewal. We need to move to a place where the needs and desires within communities generate the ideas for solutions, which has a better chance of success.

When we work in low-income communities, we tend to focus on need because the lack of resources is so readily apparent and visible. We don’t focus enough on aspiration. In fact, having an aspiration is a luxury we rarely ascribe to poor people, but they’re human; they have hopes and dreams. Aspiration and desire are related to an emotional quotient that allows people to bond with a project or idea; it gets them to take more risks to be able to get this thing that fulfills their aspirations. We need to figure out how we pull ourselves out of the charity mindset, so we’re not asking, “How do we do this for communities?” but instead, “How do we do this with communities?” We need to be co-collaborators.

[Choi] You’re an architect by training; why do you think the built environment is so important within the broader context of social change?

[Ogbu] If you look at the issues that SPARCC is focused on like racial equity, health, and climate resilience, those are all outcomes, where you’re trying to create lasting change from the status quo. If you think of the built environment only as physical structures, then you’re only thinking about outputs. And when talking about this larger change you want to make, a focus on outputs is not enough. Buildings are not panaceas; there’s never been a building that has solved racial equity. But they can be part of a collective of outputs that participate in the solution; understanding how the built environment operates in the system that drives towards the outcome of racial equity means you have to bring other disciplines to the table that have a role in shaping the solution.  It’s why I’m often seated at the table with public health experts, economists, sociologists, etc.

[Choi] How do you make the connection between efforts at the project level and the systems level?

[Ogbu] Data collection at the front end of a project is not just about understanding needs and desires of the community and other stakeholders, it’s also about understanding the system in which you’re operating, because no project is in a vacuum. Oftentimes, I have to move up and down, going up to the macro systems level in order to understand the larger context of actors or history of actions that are influencing what’s going on at the micro level, and then returning down to the local level to be able to make change. A lot of projects I do tend to be model based; what are things that can be takeaways that can inform other work going forward? We have to make sure that the things we discover about how to operate within a system, and the ways the system can be changed, get shared more broadly, so other people can learn from it.

[Choi] Many of your projects infuse arts and culture into both process and design. How does the concept of creative placemaking fit into your work?

[Ogbu] Creative placemaking has had traction as a term for quite a while now, but there has been some pushback that “making” suggests that there was nothing there to begin with. Placekeeping, and I don’t know how the term originated, has emerged more recently to say, we need to honor what is already there and support the stewardship of it, focusing in particular on how to improve conditions for the people that are already there. I’m not in love with either of those terms, but I do try to always talk about placemaking and placekeeping together. The sense that a city or neighborhood never evolves is a false paradox. There has to be the idea that we are honoring what is there in terms of the physical assets, social networks, and cultural history. At the same time, we need to understand that change is occurring, often due to forces that we don’t have control over. We need to approach these projects with intentionality so that it not only does not negate the placekeeping but also creates ways that steward development in a very responsive and equitable way. To act with intentionality requires that we understand how the overall system operates. We don’t have control over market forces, but we do have control over what we do to mitigate the impact of those market forces. That’s where holding both placemaking and placekeeping, working with intentional agency, and thinking about the outcomes, becomes so important.

[Choi] Big complex problems require big complex solutions. We want to see people take risks and try bold new ideas, but that has the potential for big scary failures. How do you balance that tension?

[Ogbu] A lot of the issues we’re talking about are big intractable problems and they’ve existed for a long time because it would take a huge lift to address them. The scale of change and the risk often accompanying that change is so huge that it’s no wonder that it’s a struggle to marshal all those forces productively and successfully. You see it at the project level, often, where a project can take years and by the time you reach the end, the final product is so compromised and watered down that you don’t end up making much of a dent at all.

I think a lot about “de-risking” failure, a concept that is an acknowledgement that in order to make change, we’re going to have to try some radical new things and it is likely that we are going to fail at some of them. How do we make the scale of risk smaller so that the scale of failure can be smaller? It’s important to create space for the failure to happen, learn from it, and then stand ready to iterate and move forward. This runs contrary to how we sometimes approach risk, where we go for broke, pursuing the big idea or plan, only to have it fail. After which, we walk away saying, “Oh well, that’s it; there’s no way we’re going to try that again” because we had too much skin in the game. 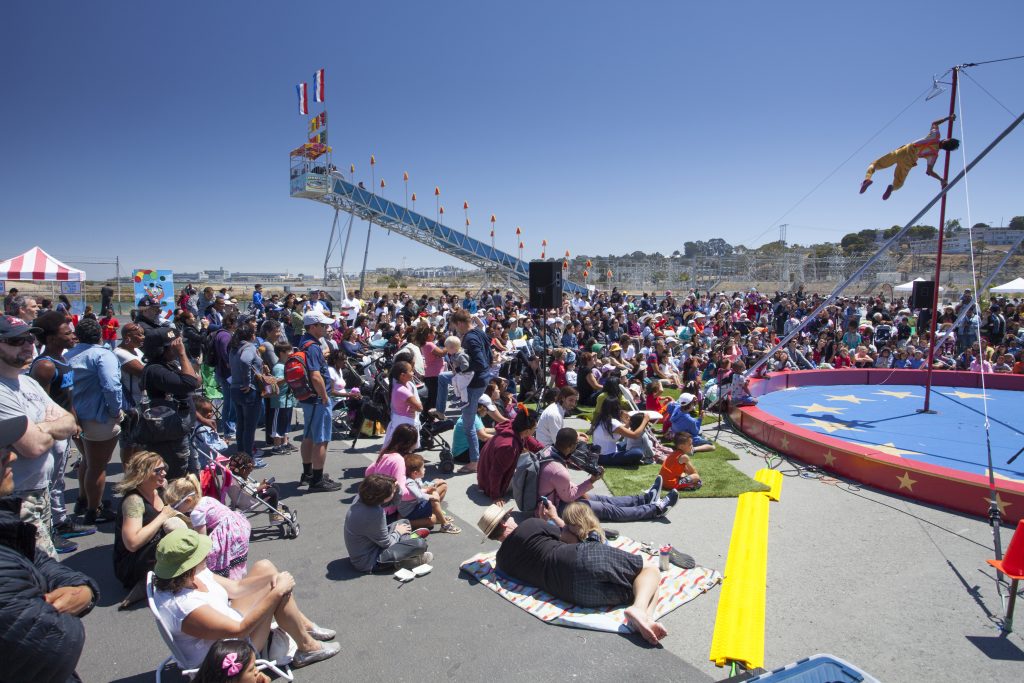 The way I look at it at the project level is to try to understand what’s the problem we’re trying to solve for and the bigger outcome that we’re trying to achieve. And then I ask, what’s a small component that we need to be able to understand in order to make a pivot from the problem to the solution? For example, one of my projects involved holding a circus in Bayview Hunters Point [a low-income neighborhood in San Francisco]. It’s for a site that ultimately is supposed to be home to large scale development in the future, hopefully a significant percentage of which will be devoted to community benefit. My partners and I wanted to help expand the limits of what everyone, from the client to local residents, believed was possible. When we proposed the circus, we got a lot of pushback from the client, with several people saying, “You want to do what?” But we designed a small event that had a limited investment of capital and scope, so they agreed. When it turned out to be a huge success, it actually allowed us to go back and propose riskier events because our client had seen this and got confidence around the approach. For residents, the event built trust that we were listening to them and led them to become more active participants in our work on site. De-risking failure can work both ways, helping both communities and clients to take risks.