Chicago is at a crossroads. Deeply divided along racial and economic lines, too many of the city’s residents lack equitable access to jobs, healthcare, greenspace, arts, and culture, and other opportunities that impact quality of life. Yet there is also an unprecedented alignment of new resources and priorities to address this inequity, and leaders across nonprofit, public, and private sectors are looking to the built integrated transit systems as a way to close these divides.

From its origins more than a century ago, Chicago’s extensive transit system has provided a backbone for the region’s growth. Across the city and many surrounding suburbs, tangible signs of rebirth in neighborhoods where there was once disinvestment are taking shape near transit lines and the capacity for similarly transformative community development resides in the proximity of available land near rail lines. Chicago’s vast transportation system—and the physical connections it makes—offers opportunities to deploy new capital, policies, and programs that focus on racial equity, health, cultural assets, and climate resiliency.

A few examples of how major institutions and decision makers are prioritizing large-scale regional changes focused on equity:

Taken together, these aligned priorities, substantial resources, and willingness to partner represent a profound catalytic moment. 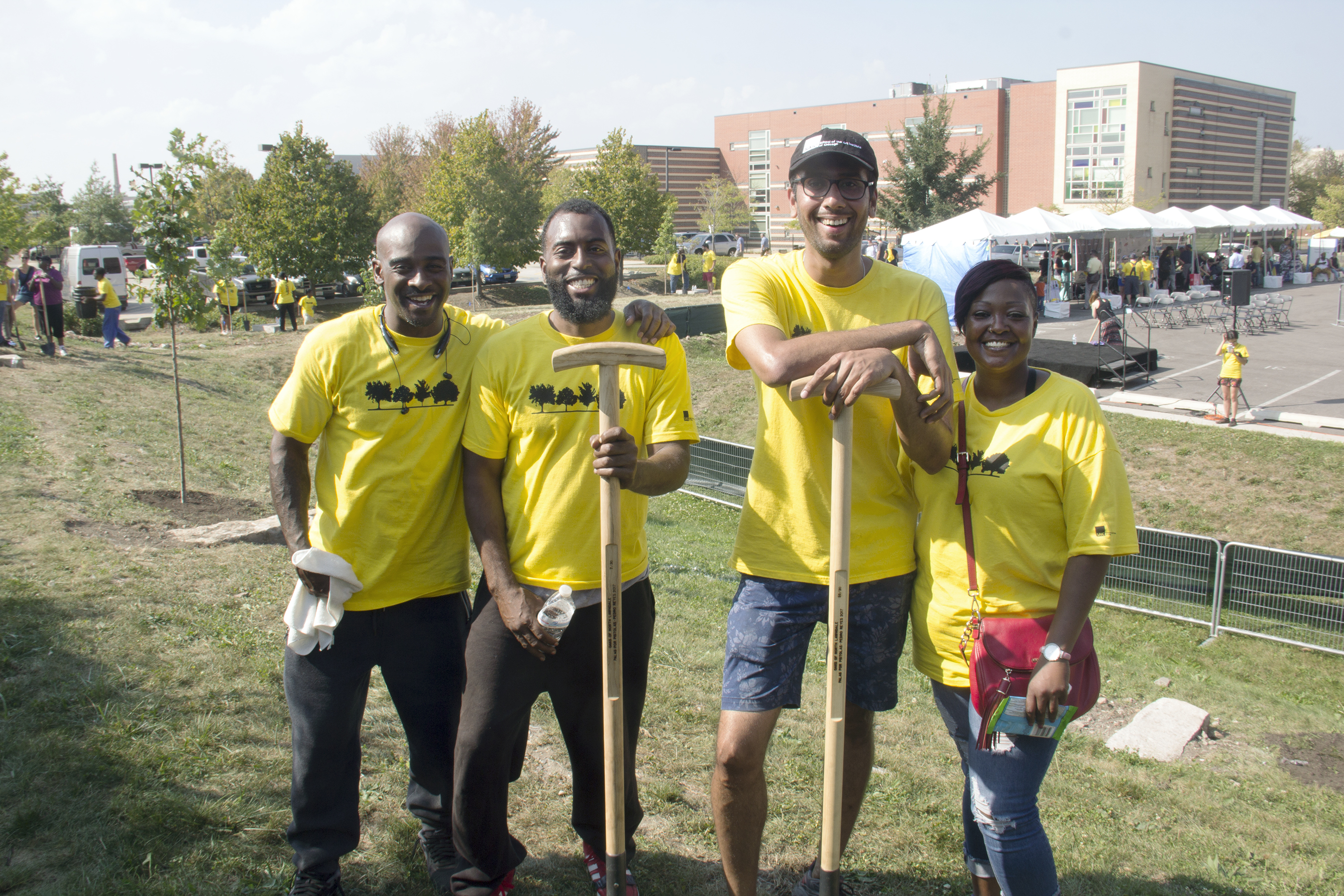 In some areas, rapid development and gentrification pressures near transit stations are producing displacement of community residents and small businesses. In other areas, train stations and their surrounding areas have sustained long-term disinvestment, and stations sit surrounded by vacant land and buildings with great potential. In most cases, the negative effects are felt especially by people and communities of color, which consistently experience worse outcomes in health (physical and mental), resilience against climate change (including increased flooding and heat), and other socioeconomic indicators.

Elevated Chicago believes that equitable transit-oriented development is key to eliminate these racial inequities. In full partnership with national and local partners, Elevated Chicago aims to turn the ½-mile radius around transit stations into community-focused centers of commerce and culture by removing barriers that hinder innovation near station areas; equipping local residents with the resources to make these areas a community and civic priority; and aligning, cultivating, and deploying capital for development near the stations. By enabling innovative and equitable development, Elevated Chicago will position station areas as civic assets where programming and the built environment converge to create nodes of opportunity and connection across our region’s vast transit system.

Chicago has long been recognized as one of the nation’s most segregated cities – the result of a century of racially motivated disinvestment and wealth extraction. Federal highway, rail, and housing projects divided communities, creating isolation and furthering segregation. Minority and low-income residents still endure this legacy in the form of substandard housing, poor health outcomes, joblessness, and police and community violence. Since 1970, there are twice as many families living in either low-income or high-income neighborhoods, illustrating the growing wealth gap across the region.

Additionally, these geographic divisions have left poor communities more vulnerable to climate events such as flooding and extreme heat. The effects of segregation and racial inequities in health outcomes are dramatic: life expectancy of Chicagoans in communities with high economic hardship is five years shorter than the city average.